There are a few things you just simply shouldn’t do when using your phone around people. We’ve made a short and sweet list of the most crucial phone etiquette rules to think about and that shouldn’t be overrun.

1 Put your phone away during meetings

If the meeting intends to be a phone conference, your mobile has nothing to do there. Are you waiting for a super important call that can’t wait? Let the other participants know beforehand that you eventually might have to run out for a second. Other than that, your mobile is a big no-no.

2 Don’t fiddle with your phone while driving

In Sweden it’s illegal to hold your phone in your hand while driving. It isn’t exactly rocket science to understand the danger of focusing on your phone while driving, and you’re not only putting yourself in danger, but others as well. Focus on the road, the phone can wait. 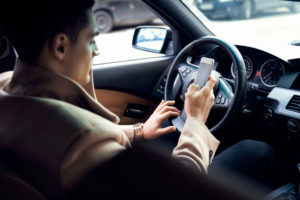 3 Don’t have your phone on the dinner table

Sounds obvious, right? In spite of this, they’re still lying there on the table, with the screen turned down, and ready to take attention from conversation at any time. If you’re expecting an important call, again, let whoever you’re eating with know before you sit down. If there’s nothing important waiting the phone can simply stay put in your bag or pocket. It doesn’t have to be more difficult!

When you travel by train, bus or any other public transportation that you’re sharing with others it’s nice to listen to a few tunes (with your headphones of course), watch a YouTube clip or why not read the news. However, to sit and make loud phone calls isn’t really nice. It can be really irritating when you’re on your way to work at 07.43 on a rainy October day and have to listen to a call and a half about a girl that you’ve never met and what she did last weekend. Of course, there’s no rule forbidding you from talking on the phone, but it’s always preferred if you show respect to others. travelling with you. Wait with calls and if you have to take it, try to maintain a normal speaking tone and save private subjects for when you’ve stepped off.

5 Don’t talk on the phone when you pay

According to baristas at Starbucks, this is one of the most irritating customer behaviors. In general, I believe people are pretty bad at putting down their phones down while paying and if it’s not something urgent it’s actually pretty rude to continue to blabber on. Tell the person on the other end that you’re paying and put them on hold for a few seconds, it’s not that complicated. 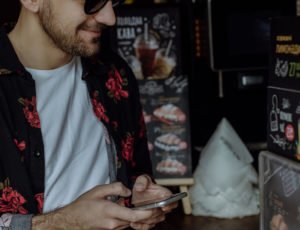 6 Keep your phone off in church, the theatre or similar

People tend to go to church or a temple to get peace and hearing a loud phone signal isn’t very peaceful. Turn your phone off in similar settings. Many people use their phones to take pretty pictures, and if so, you can at least mute your phone and step out if you have to answer a call. In dark theatres and cinemas, a bright screen can be really distracting, even if the phone is muted. If the show or movie is tedious enough for you to have your phone out, walk out instead of distracting others around you. 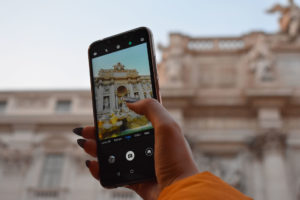 Just a few rules to follow in order to maintain decent phone etiquette. You will go a long way if you have the fundamental idea of showing respect with your phone.

Teams Telephony Services - for both small companies and enterprises

The fact that Teams has telephony licenses has been around for a long time, but many still have the impression that Teams' telephony service is only for large companies with gigant...

Save time - 7 tips that actually work

The year has started with full force and the to-do list grew quickly when I thought about everything to do, during this year. Sometimes you feel that there are not enough hours in ...

How to respond to customers and reviews on social media

All business owners want to see positive feedback and engagement with their company. However, today’s digital and transparent society leaves businesses inevitably exposed to bad ...